Last March, I went to Israel. I had some mind-blowing food. I was absolutely struck by the simplicity and intensity of the regional flavors. Even the flavor of the raw produce had a different (better?) flavor – more concentrated. I can’t really explain the difference. At breakfast we would be offered eggs, potatoes of some fashion, and a fresh salad bar. There was some canned fruit, but mostly fresh vegetables (tomatoes, cucumbers, salad, olives). I thought it was unusual to have fresh salad with my breakfast (but obviously I tried it). Basically it was like tasting cucumbers for the first time. My English skills are not advanced enough to appropriately describe the flavor explosion that happened in my mouth. And that seemed to happen with everything I tried. 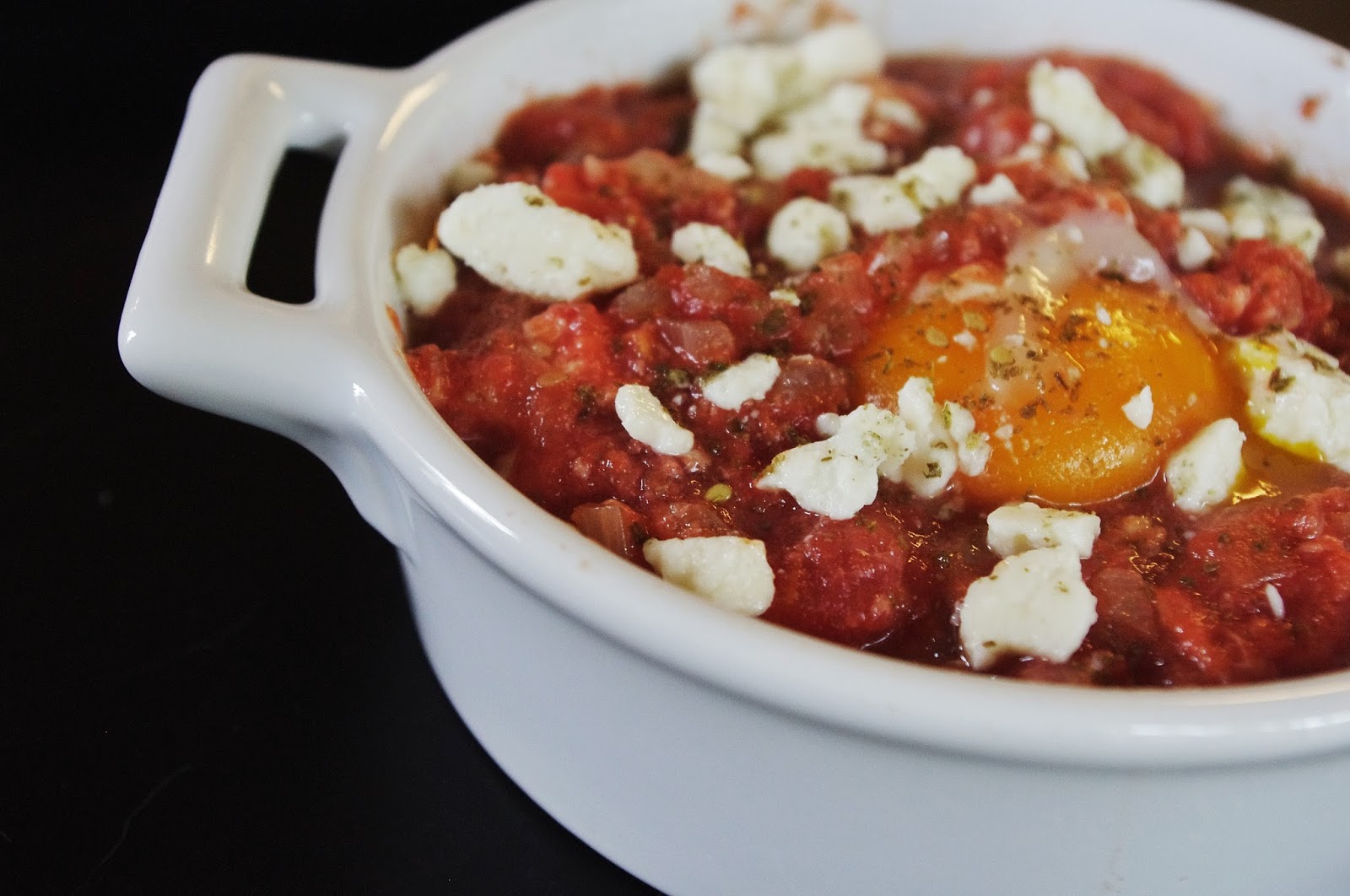 About half-way through the trip, we stopped at our first market. There were baked goods and fresh produce and breads and olives and nuts and spices and ALL THE THINGS. All of them. It was like someone took Pike’s Place Market, put it on steroids, then put Bulked Up Pike’s Place on a flavor binge, and then rounded up Big Fat Pike’s Place’s fat friends and they all got together and staged a sit-in all over Israel. THAT much food. And things. And just… like whoa. (Did I mention I don’t really have the words?)

After visiting a few vendors, and completely gorging on outrageous baked goods (the highlight of the day being the fresh-from-the-oven chocolate rugalach. I could literally write a book on how good this pastry is, but it would be lots of “really really really really really really really good, like you don’t even know how really really really really really really really really really baller moist and delicious it is” and that gets boring in 1 sentence, let alone 200 pages) I set out on a spice mission. It was getting close to our meeting time to head back to the bus, but I happened upon our tour guide and another group leader having a snack just outside the plaza. First of all, the tour guide sent me back out IMMEDIATELY because I had failed to buy any za’atar. When I came back, I was able to try a bite of the left over shakshuka from our leader’s lunch. It was divine. I’d had baked eggs before, but never like this. And paired with the flavorful bread (of course it was flavorful) it was (not to be repetitive) a flavor explosion in MY MOUTH. Later on the bus, our fearless tour guide gave us his own personal recipe on making shakshuka at home. Believe you me, it did not take me almost 6 months to make this dish. In fact, it was one of the first things I made for myself during my stint of funemployment. But I did hoard the recipe and eat lots of it secretly under the table away from you because I didn’t want to admit how much this tomato-loathing Westerner had been shoveling this hand-over-fist. (…Oh and I kept eating it so fast I forgot to take pictures.) 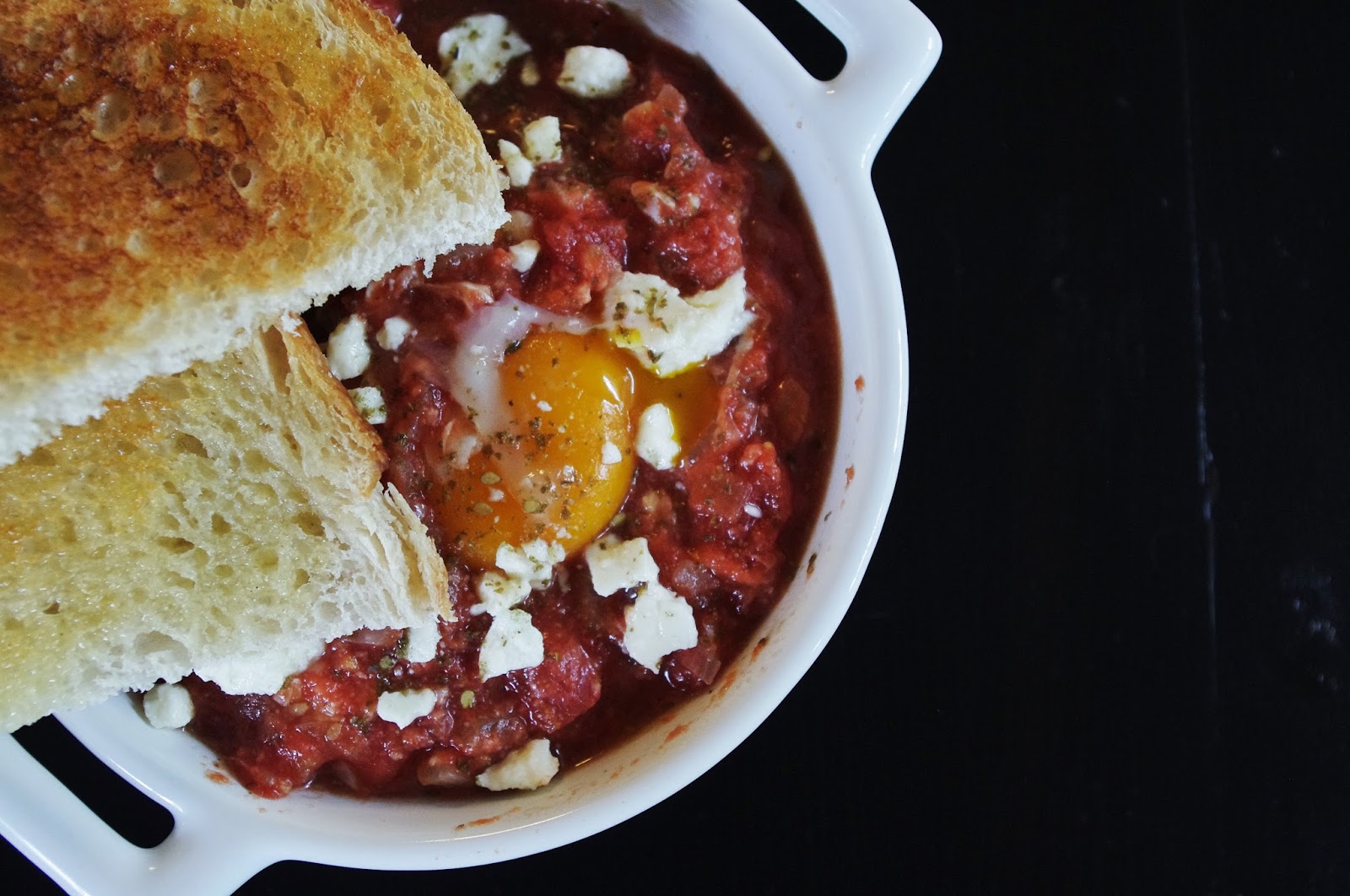 Shakshuka is really a simple, rustic dish. In Israel it was on the menus for all times of day, but it seemed to be mostly a breakfast dish. I’ve eaten it at all times of day and am never mad at it. It’s savory enough to play with dinner - probably a flavor palate most of us Westerners are used to having with dinner. But it’s a great day starter – protein from eggs, fruits from the tomatoes, carbs from the dipping bread, and quick to throw together. The eggs poach right in the sauce, and it’s encouraged to eat directly from the pan it’s cooked in – family style! I recently made this for my family in California – I accommodated a large crowd by cooking the sauce on the stove, then putting it in a bake-ware pan and finishing the eggs in the oven. It took a little longer this way, but was easier than cooking in batches. Everyone, from my gluten-free little cousin, to my picky big cousins, enjoyed it.

Crusty bread is best to dip, but you could probably use just about anything. As a bread connoisseur, I recommend a French loaf or sourdough as your first pick. A focaccia or ciabatta would also be a great. 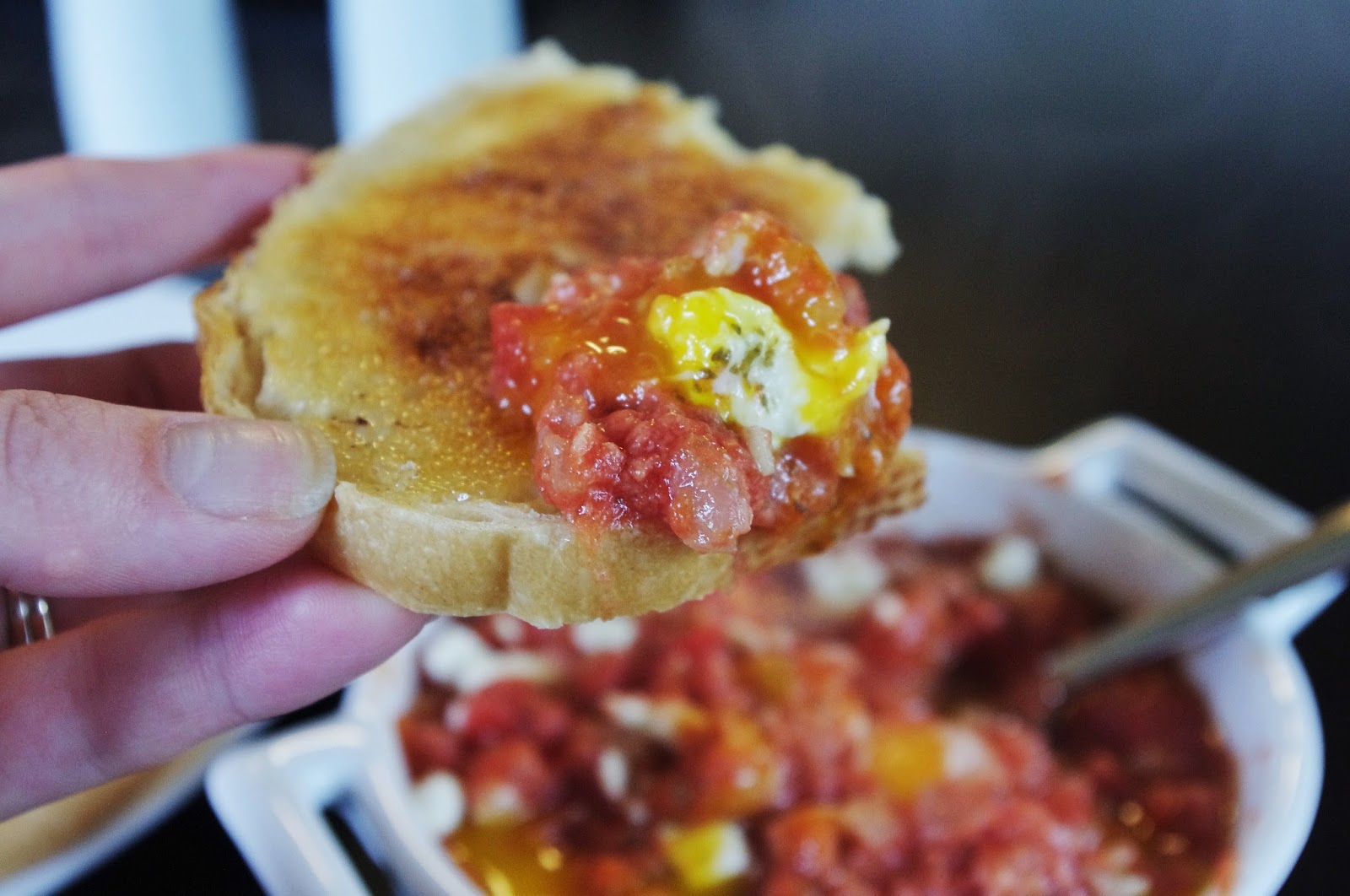 1 Tbls olive oil
1 Tbls butter
1 small onion, diced (yellow or sweet)
1 tsp salt (ish)
A few cloves of garlic, minced (more or less, depending on your taste. I like ALL OF IT)
28 oz can San Marzano crushed tomatoes (fresh tomatoes are great, too)
A few generous pinches of za’atar (available in exotic spice sections or Middle Eastern markets. Fresh parsley may be replaced)
6 eggs (the fresher, the better – I use farm fresh because I know a guy)
Feta, if you’re getting crazy

1.      Heat a large non-stick pan over medium-high heat. Add the olive oil and butter (you can use just olive oil if you prefer) and allow to heat up. Add the onion and salt and cook until the onion is translucent, but not yet browned.
2.      Add the garlic and cook until fragrant.
3.      Add the tomatoes and za’atar (or some parsley – be sure to reserve some). Stir, and then lower the heat to medium-low. Cook without a lid until the sauce reduces slightly. If it sputters, turn down the heat. If it reduces too quickly, losen it with a few spoonfuls of water. Season with salt and pepper.
4.      Add the 6 eggs evenly throughout the pan. Add a lid and cook 5-6 minutes, until the whites are set. You make cook longer if you aren’t wildly about loose yolks.


5.    When the eggs are set, remove from heat. Sprinkle a little feta (to taste) and some za’atar or parsley. Maybe a salad on the side. Enjoy!

Posted by Kvetchin Kitchen at 9:27 AM