Outlander Brewery (or: How I Learned To Like Beer)

Welcome to Beer Week. I went and tasted beer. And with the help of some friends, I was converted to enjoy some beer. Here's the tale of Outlander Brewery and Pub. Also it's long. 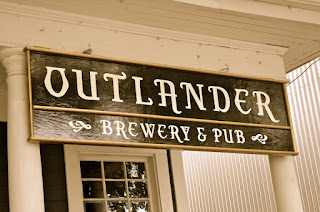 Confession time: I don't didn't like beer. I was the girl in college who, when playing beer pong barbequing having a quiet night at home studying with some pals, would do so with the malted fruit drinks (also known as: B***h Brew). It didn't help that the college beer of choice was Keystone Light. I grew up with Coor's or Bud in the house, and was taught the fine art of wine, not beer.

But over the years, my friends didn't give up on me. They helped me find (and like) Blue Moon (before my mom found it!) and other local Hefeweizens. They learned that I made the best ugly faces when I tasted IPAs (and yet I continue to try them. WHY?!?). And they learned that given the choice, I will still (almost always) pick cider or wine over beer.

Enter Jackie.
Jackie has a friend, and his brother is Nigel.
Nigel is an AWESOME homebrewer-turned-professional. I first heard from Jackie in, like, March that he was opening a pub, but the opening was a little delayed, and so I had lots of build up and anticipation. And then summer happened, but after everything I heard, I don't really have a good excuse for not being down to help bust the door down the minute that they opened. But I got there eventually, and went twice in two weeks, and if it were any closer, I'd be there 2 or 3 times a week, every week. This, from a girl who doesn't even like beer.

Jason (my hubster) came with Jackie and me to Outlander so that we can get a really good sampling of ALL THE THINGS.
My favorites to try were the Vanilla Jasmine Porter (yes, all those things) and the English Ale. Jason really liked the Dark Belgium. We also got a sampling of an IPA that wasn't quite ready.

But before the beer (or maybe during beer...) I got a tour! 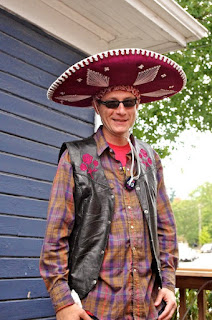 No, first we saw this guy. It was his birthday. He had some sort of gay-Mexican-cowboy costume thing going on. So kids? Excessive alcohol consumption is bad in public, mkay? Because strangers will take pictures of your and post them on the internet. Which is WAY different than drinking around friends and then they take pictures and post them... But I digress.

The Tour! The brewing takes place in the basement of this old house in Fremont, WA (just north of Seattle).

As a small-batch expert, Nigel spoke easily about the ins-and-outs of the brewing process. While he started as home-brewing, he has all new equipment to scale up for the new pub.

Now, I talk to lots of people about their jobs. And it's always refreshing to hear from people who are passionate about their jobs. It's obvious that Nigel is passionate about his craft. I asked him about his plans to scale up production in the case that he becomes outrageously popular (and let's face it - it's gonna happen). He is really passionate and interested in the small-batch brewing process. And though he may have promised growlers in the future, the only way to get his delicious beer is in limited quantities from the tap on-site. But he admits that he's still learning through the process: "The beers we make in six months will be better than the beers we're making now. And the beers now are better than they were three months ago."

I am exceptionally excited about the upcoming pumpkin spice beer, though I will probably miss this first batch due to my vacation (YES I HAD TO THROW THAT IN), and some of the upcoming flavors. So let's get back to the beers from our last adventure. 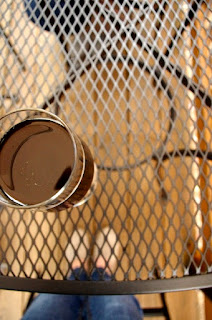 This was my favorite. It wasn't heavy like most porters - I didn't get a gut bomb or gross feeling afterwards - and it was even quite light (if a porter can be light). There was a pleasantly sweet vanilla flavor, and the floral was apparent, but not overwhelming like perfume. I had two of these and loved every bit of them. This is the one I would take home to cuddle with, were he to have growlers.

Jason enjoyed this. He didn't have much else to say, but coming from a guy who doesn't say much, it's still a great endorsement. He got one before they ran out.

I really enjoyed the English Ale. During my first trip, I had maybe three of these. Jason switched after the Dark ran out. It's a good, well-balanced light ale. I know I've said this a few times, but trust me when I say that I don't normally enjoy ales. And I had several of them. Yum town.

Speaking of yum-town...
The have snacks! While not a large menu (they're currently updating), I'm nuts about this beer dip. It apparently consists of beer, cheddar, ranch, and probably cream cheese. You dip pretzels into it. And it is amazeballs. Simply put. Yum!

After this trip, I had a chance to steal of sip of Jackie's Honey Basil Beer when we were meeting for Oktoberfest. It far surpassed the porter - light, citrus, and herby. And I pretty much want that constantly.

Basically I haven't had a single bad beer that this man makes. They have other tasty things, and they can suggest other beers or wines to suit your palate. But you'll be best served trying his.
One last thing - the feel of the interior so cozy - it really suits the feel of the older building. There is cozy furniture, maybe a game board, and it all just invites you to sit down and enjoy your beer experience. This isn't a bar to get drunk - it's a brewery and a pub, where you can go to taste some exceptionally crafted beers and catch up with your friends. 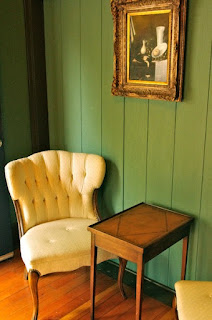 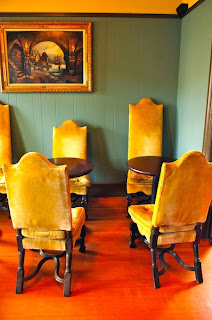 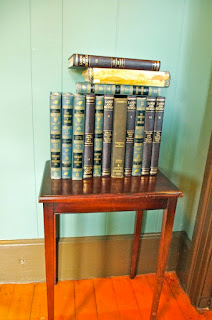 Posted by Kvetchin Kitchen at 5:30 AM